After the rant, we had dinner and stayed at an Airbnb apartment a few blocks from the starting line with a murderer’s crew: Sonic, Peter Doucet, Candy Wong, John Rodriguez, and Ben Price. It was awesome watching Ben Price eat food off the floor one-handed (his other hand was broken) while trying to putting together his skates, listen to everyone debate what to do with the next day’s conditions, give each other advice, and settle pre-race jitters.

High above the Olympic Oval on the University of Calgary campus, there are constant reminders of the success achieved by Canadian long track speed skaters.

Larger-than-life banners displaying the names and photos of Olympic greats like Catriona Le May Doan, Clara Hughes, Kevin Crockett, Jeremy Wotherspoon and Susan Auch peer down on the present-day skaters. 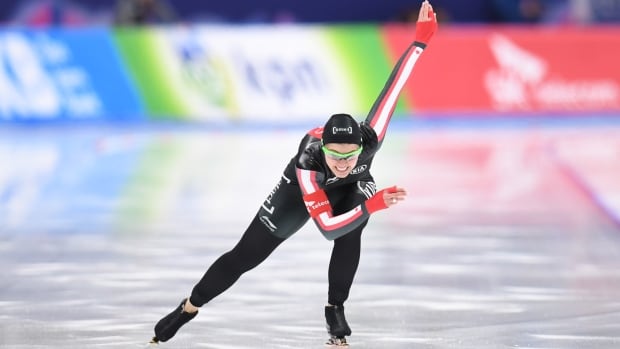